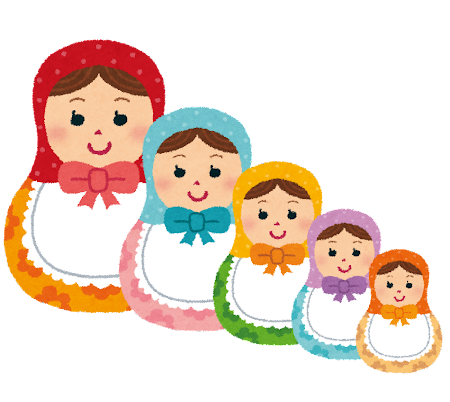 The relation between Russia and Ukraine was worse and military advance was conducted. Many countries including Japan is doing sanction to Russia. The effect is huge.

Software libraries used for web development is mainly American. However Russian libraries are sometimes used due to high pefromance. In competitive programming, the top tier always include Russian programmers.

To know the fact, I surveyed Russian-related softwares (libraries). I don't have intention to encourage no-buy movement over legal restriction anyway.

The language used for Android development and partially used for server-side development. The developer JetBrains is located on Czech Republic. However three founders are Russian and they have Russian office. They officially criticize Russian invasion to Ukraine.

JetBrains also develops IntelliJ IDEA and derived IDEs. Android Studio is based on IntelliJ IDEA too. Compose Multiplatform, UI framework, is also made by JetBrains.

Reverse proxy and load balancer. The company was founded in San Francisco and they were acquired by American company F5.

Founders are Russian, Moscow office was under Russian police check in the past.

Python library to argument data for machine learning. It seems the team members are volunteers.

Deep Learning framework on PyTorch. The main developer seems to be belong to Russian company.

The libraries which original developer is Russian include Redux, Core JS, Highlight.js, PostCSS, Yolo, Emmet, Sphinx. However some of them is working for US company in US. If there's sanction for Russian company softwares, not all softwares are restricted. Using only nationality for all criteria is a bad move.

Open source software is always in poor status. Personally, stopping support for indie developer, who is not interested in politics, is not good especially if you don't check the details.

In commercial softwares, Kaspersky is made by Russian company.

I used awesome-made-by-russians for reference.